← Back to all Cases and customer stories 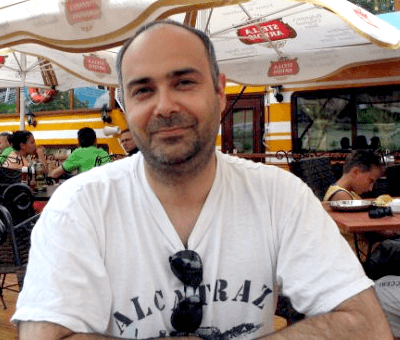 Michel Garcia, the founder and CEO of the company, shares his story of how Dr.Explain helped them to create and deliver help files in a timely manner.

DE: Please tell us about your company and products.

I created IIM Services Agency in 2001 in Geneva, Switzerland, and had the opportunity to relocate it to Romania and work with nice people in Comrat, Kishinev, and Tiraspol.
Basically, we were providing encryption engines, and smartcard and fingerprint engines to other firms that did not have the skills to use such technology. The project came as an idea related to increasing security for any digital information that must travel, either through the Internet, or by any physical means. Unfortunately, there is no more privacy due to some spying governments, and also there are high risks related to economical, industrial, and personal spying.

EZSecure was done in two steps, a version using only encryption engines, and the second one, adding smartcards and fingerprints to secure the encryption keys (called certificates), and a major step, integrating a highly secure messenger into it. Any firm can easily set up their own messenger server, and use it through a VPN if needed. Security is a top notch for us. Data security is critical nowadays, as a leak can compromise your organisation or your life!

DE: What is your primary role in the project?

I have been working in IT since my 18’s, from programmer to network engineer and IT Manager in some private banks in Switzerland, but also in physical security for VIPs or officials, travelling with them and taking care of their security in relation with their security departments. Both worlds have been teaching me a lot of things about risk management, and how to reduce the impact in case of a failure in your organization.

The project is huge, it took a few years to be developed, tested, debugged, and translated. My role in it has been to analyze the needs, create a clear view of the goals, link the engines we were selling to our clients, and adapt them to the software. I also was programing EZSecure, so I have a 360 degrees view of it. We lost several months of work when Microsoft bought Skype and closed access to it. Then I decided to develop our own messenger to keep full control over it and avoid the problems associated with using external products.

DE: Why do you care about help files? Is the documentation important for your project?

EZSecure is going to manage sensitive or very sensitive data in order to protect it. The user help must cover all the aspects of the software in an easy way, teaching the user how to proceed to keep the data safe during the whole process. Furthermore, the product and the help file are available in four languages. Translation has also been a huge work, to keep the software documentation almost the same in every language. Even if EZSecure is easy to understand and use, a good help file is a reference for any action you want to do with the software.

DE: How did you create help files before?

We finished all the translations of the help files and started generating them. There were no problems with the Latin languages: French, English, and Spanish. Even if the look of the generated CHM was minimalistic, it was usable. As for the Russian version, we encountered a major issue: The TOC (Table of Contents) was only displaying question marks! We contacted the IDE’s provider to get support, but they were unaware of such an issue, unable to help us, and asking to send them a small project in order to analyze the problem, eventually find a fix, and roll out a new patch for it “in the future...” In other words, as they were not present in the Russian market, they did not show any interest to fixing the problem. Furthermore, the EZSecure help had been developed with v. 18 of the IDE and then migrated to v. 19, but they were providing support for v. 21 only... Which means we had to conduct all tests again in order to make sure that no hidden bug or behavior with their IDE would appear.

It would consume too much of our time and resources, so it was a dead end. So I started to look for a serious help tool and tested Dr.Explain. Two hours and 30 minutes later it was bought and installed on my PC.

DE: Did you compare Dr.Explain to other solutions?

No, I didn’t, as on the IDE’s forum some people already had issues and were recommending it. My main problem was the deadline with the software to be rolled out to the market, and I had no time to search and test several products. It had to be “one shot,” but the right one!

DE: So why did you choose the Dr.Explain software?

Comments were very positive on the IDE’s forum, and after downloading and installing it, the issue I had was fixed in the small test I did. It was the way to go... Probably one the fastest orders I did regarding EZSecure’s development.

DE: Did it help your project?

Well, it has been a “before” Dr.Explain, and an “after” it! I planned to only use it for the Russian language, but then I allowed people to compare the CHM generated with Dr.Explain and the other help files. The difference was huge! The comments I got about Dr.Explain’s version were absolutely positive, and the ones about the CHM files generated by the IDE, negative... The CHM created by Dr.Explain looks perfect, which increases the value of the whole project. We can see how serious it is. 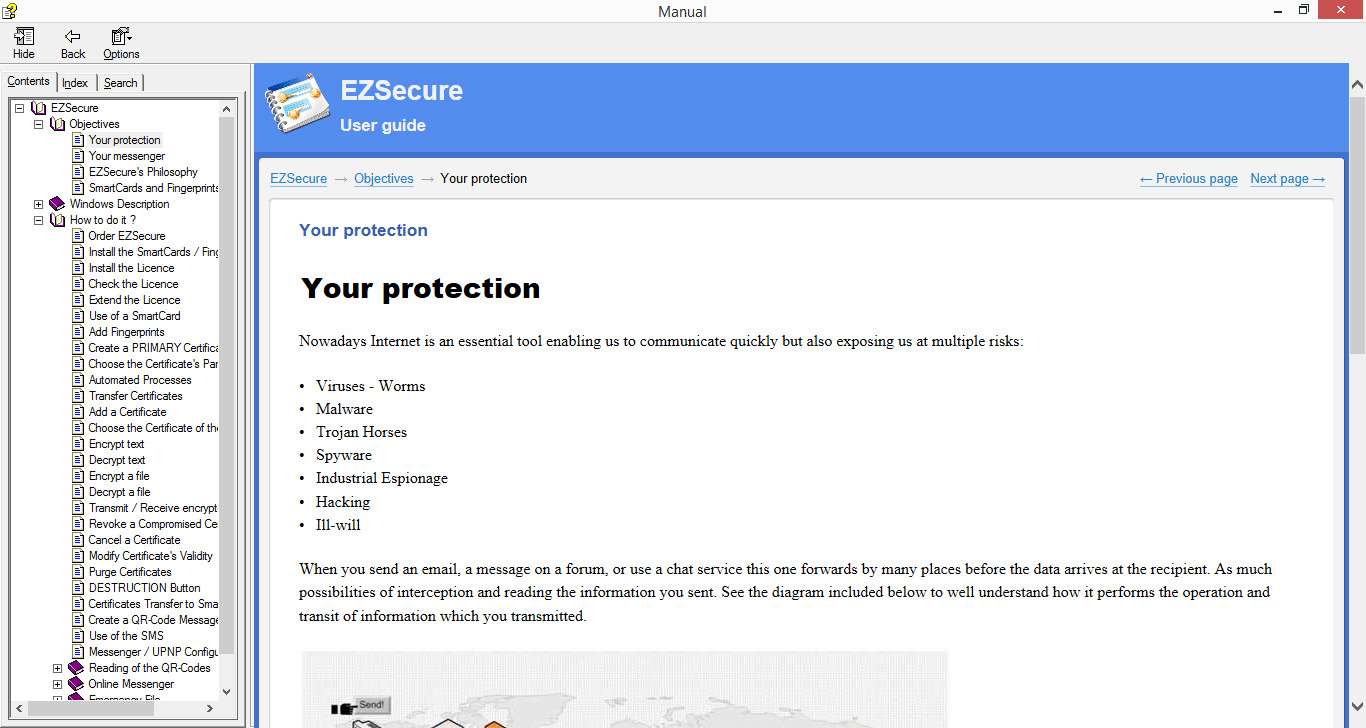 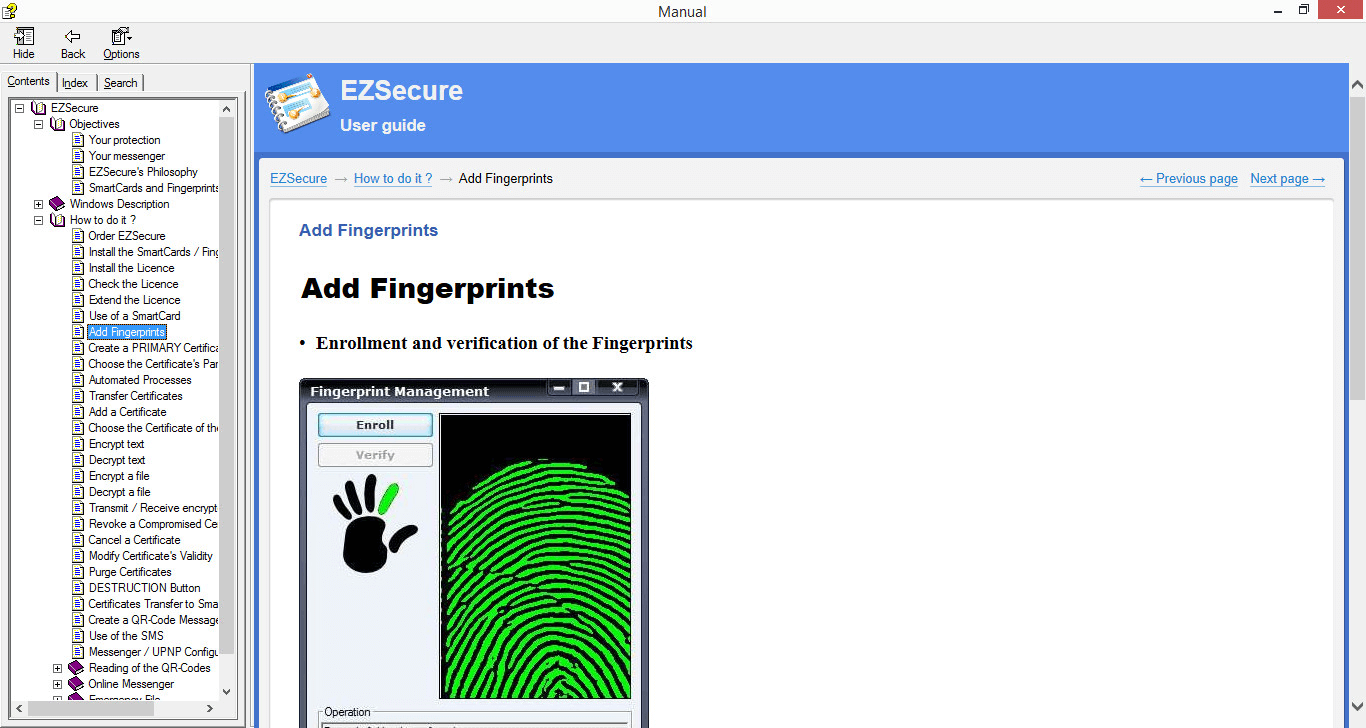 DE: What is your overall impression of Dr.Explain?

The help file is around 87 pages, and adapting every language with Dr.Explain took only five days! It was a huge work, as it means around 350 pages to manage, but your tool is very well designed and easy to use, and requires only a few hours of practice.

I got a small issue, and contacted your firm to get some advice and help... Thirty minutes later, a support ticket was created, a developer contacted me, and everything was fine. A top-notch product and support, at a fair price.

We have decided to purchase and use Dr Explain. I think I've spent countless hours making numbered callouts over the past years, and the fact that those are integrated into the help interface is very worthwhile. 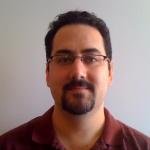 Read the release notes and download the new version.

Also, read about the v.5 to v.6 migration process.

Creating manuals is an absolute pleasure with Dr.Explain for Hensoldt

Applicando makes the best use of Dr.Explain to design the user-friendly management system